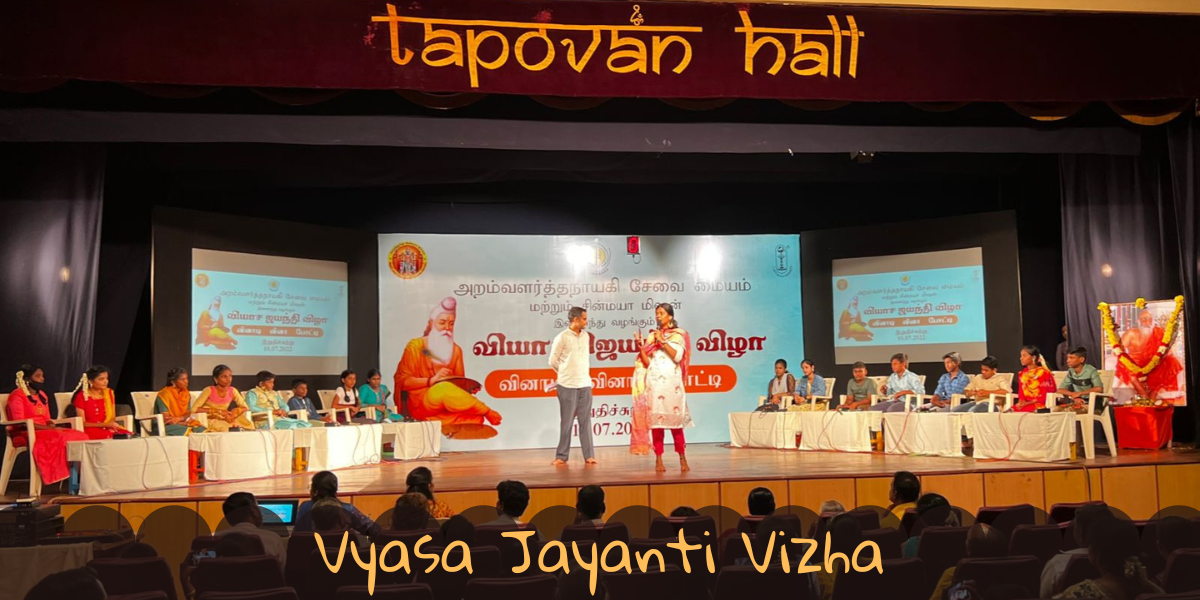 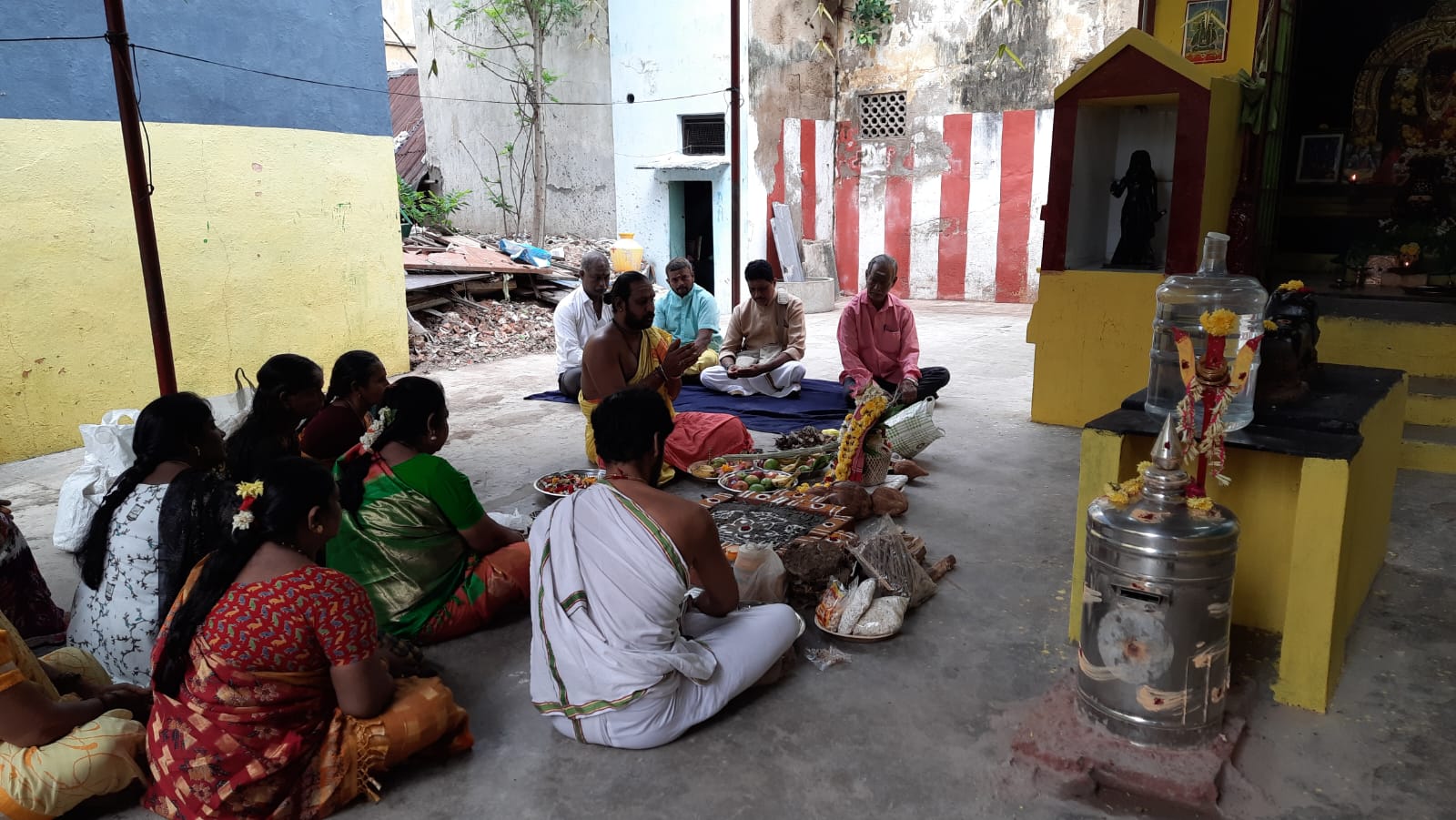 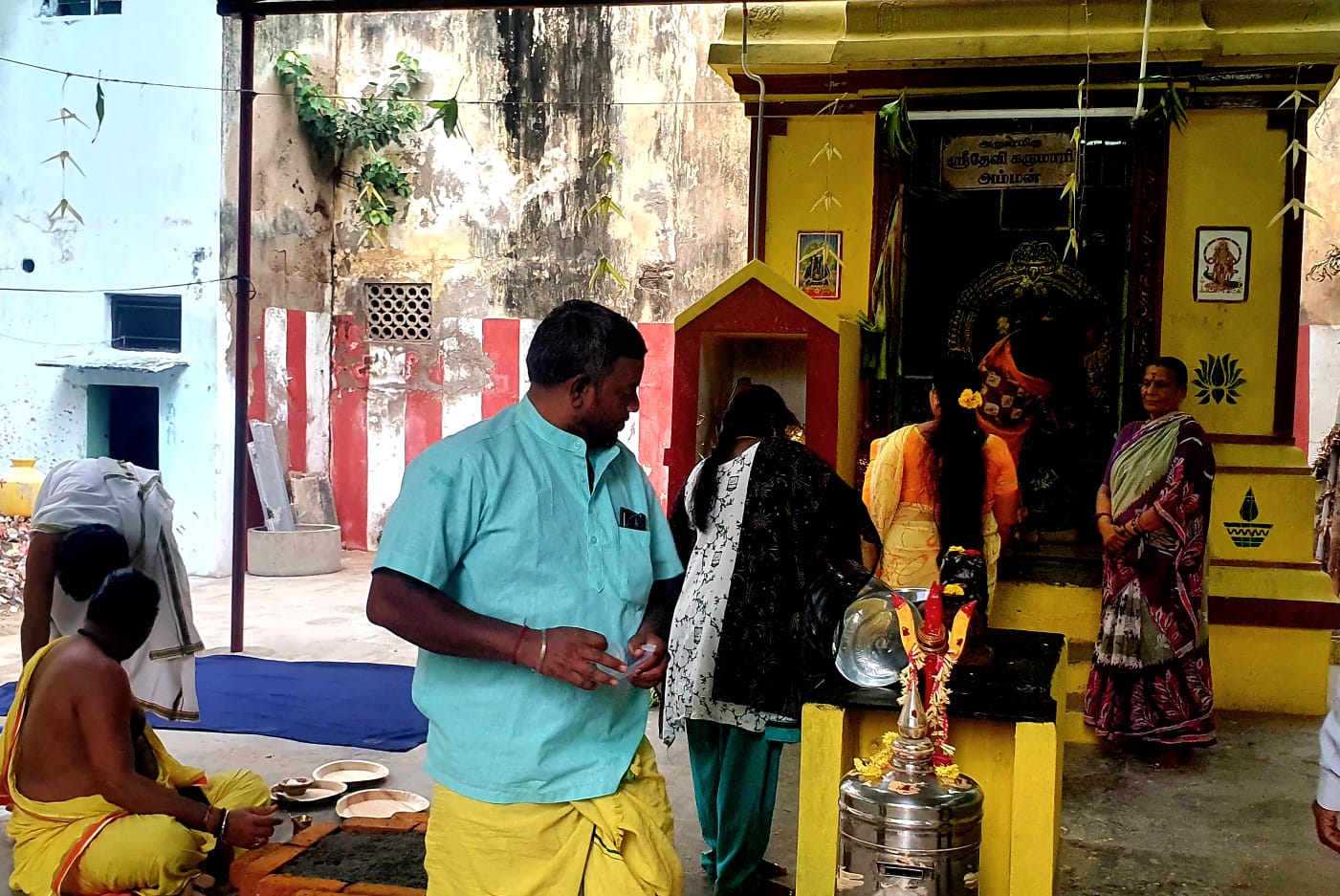 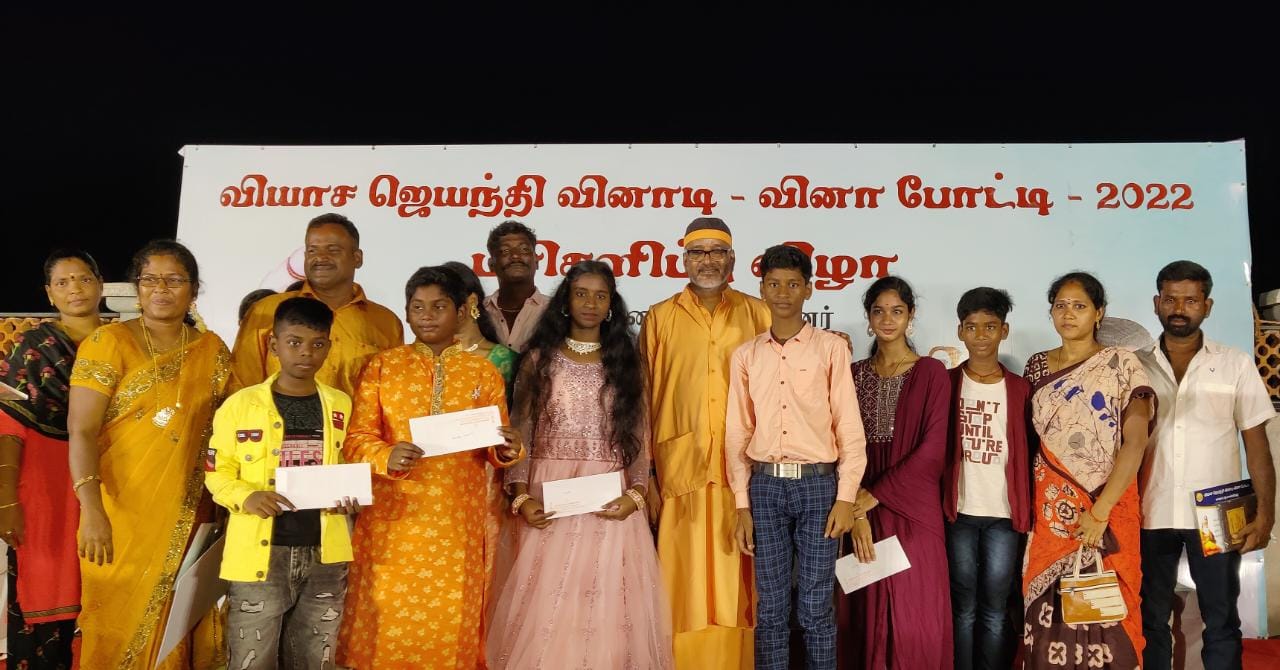 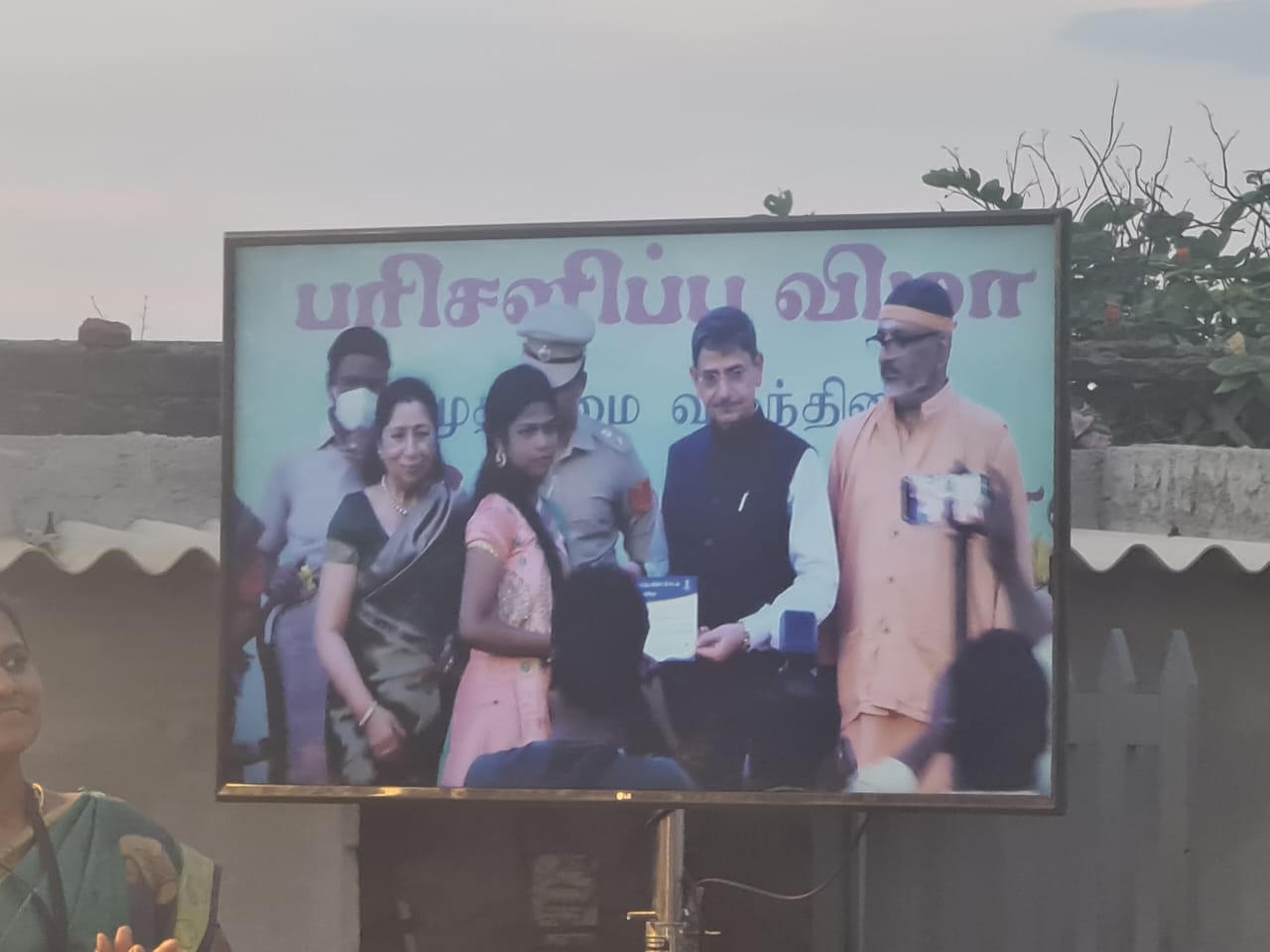 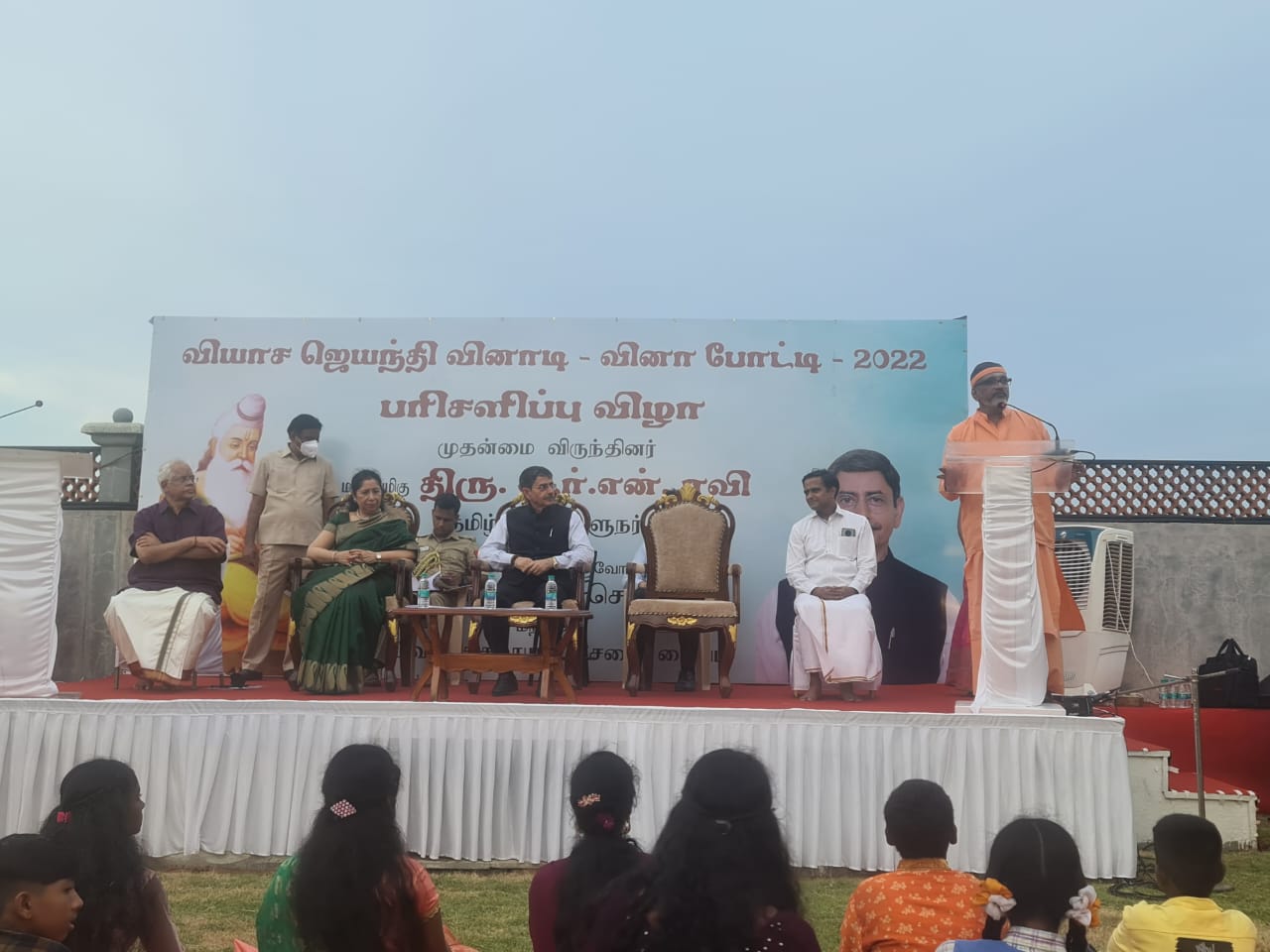 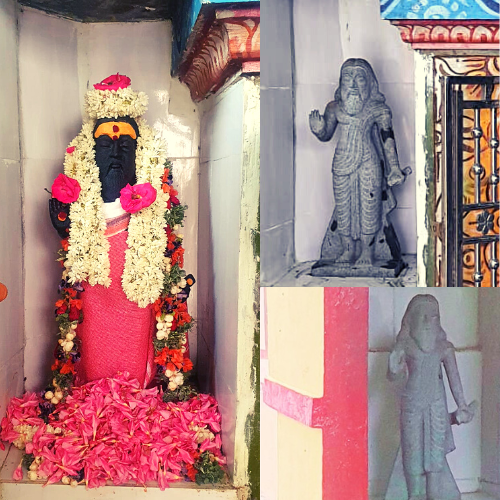 Chinmaya Mission Chennai, has been working for the upliftment of the fishing community.  Some of the projects that has been initiated by the Mission in the fishing hamlets are: Teaching scriptural knowledge and cultural values through regular classes, help them in conducting festivals like Navaratri, Deepavali and so on in their temples and others.

One of the projects initiated by the Mission in the fishing hamlets is to instill a murthi of Veda Vyasa in their temples. This helps to identify themselves to be in the lineage of the great Rishi who worked tirelessly for the society. We have instilled 6 murthis so far. 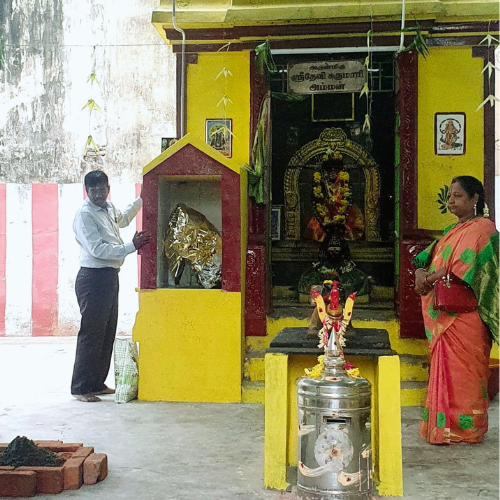 This year, Chinmaya Mission Chennai is working together with two other like minded organisations, Aramvalartha Nayaki Sevvai Mayyam and Dharma Jagran.  Together, these organisations have worked to instill Bhagawan Veda Vyasa’s murthi in 3 fishing hamlets on Guru Purnima (13th July 2022) 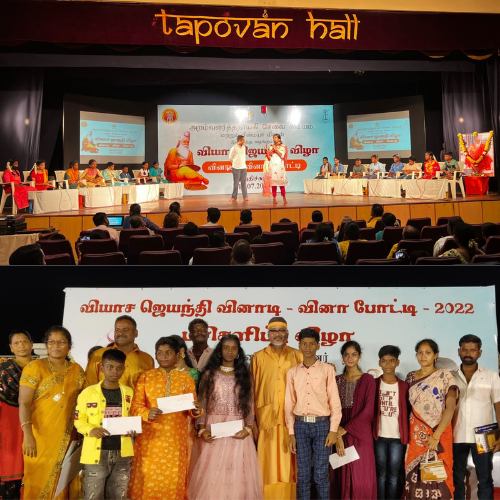 As a part of this, a quiz competition for the fishermen kids was conducted on Veda Vyasa.  A book with Vyasa’s life and some of his works was compiled and distributed to all the registrants.  Children aged between 11 & 15 from 47 villages across Chennai participated in the quiz competition that was spread across three rounds.

In total 711 children registered for the quiz.  The quiz was conducted in three rounds.

The participating villages were divided into four zones. In the first round, the participants participated individually.  The top two participants from a village teamed up for the next two rounds.

The semi finals were conducted in each of these zones.  In the semi finals, the top two teams per zone were selected to compete in the finals.

The finals consisted of five rounds:

These prizes were distributed by the Hon’ble Governor of Tamil Nadu Shri RN Ravi who gracefully accepted our invitation and visited Chinmaya Tarangini (Matsya Narayana Meditation Park, Uthandi, Chennai) on the 25th July & distributed prizes to the winners.

The zeal and passion in which these fishermen children had studied about Veda Vyasa’s life and work was evident from their answers. Hardly a few had heard about Veda Vyasa before participating in this quiz.  The effort to introduce Veda Vyasa and his works to these youngsters, in an attempt to instil pride about being a Hindu, has indeed succeeded.

Unto Him; our Best!! 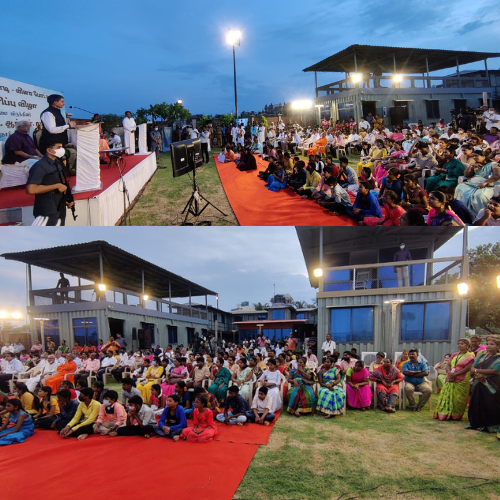